A story of everyday digital folk

It has been a wondrous week -

On Monday I dropped the masters of KTL 4 and KTL 5 off at the repro house in Buckingham. It was a sort of liberation as they have been haunting me for weeks. I finished editing the films ages ago but then I have to make lots of different versions - ones for uploading to Amazon, different ones for uploading to youtube and then the PAL and NTSC versions for the DVD masters. The four year old editing computer has been beavering away shifting digits like there was no tommorrow.

It was a good week also because on Monday I sold my Starlings film to massive accountants KPMG for use at a conference. I never know how to charge for the use of the Starlings film (copyright is dead - discuss) so when people ask how much for a license I usually say that  have no idea what your budget is - make me an offer and I will almost certainly accept it on the basis that you are klikely to offer me about 80 per cent of whatever you can afford.  They offered me £700 for a one minute burst of film and for the use on their website. Can I just say that not all weeks start that well for me.

The KTL youtube site normally gets around 2,000 hits a day but at the beginning of the week it rose to around 4,000 hits a day. I had a look to see which film people were watching and it was this one

I made it last winter just to demonstrate that flower pot candle heaters work. It was for sailors really and it also has an old Two Ronnies joke in it.

it comes from this sketch

Up until Tuesday the Potheadforkandle film had accumulated about 8,000 hits. Then the hit rate started to rise.

By Wednesday lunch time the hits had risen to 50,000. By Thursday lunchtime it was around 100,000 - it turned out that the film had spread around face-book and was then be embedded in US and Uk sites about living off grid and on the cheap.

On Thursday my  inbox started to look like this

suddenly I was being offered business opportunities for my viral video

their strapline is "shoot video, tell the World, get paid"

Richard told me that if I changed the wording in the blurb on the video to give them the rights he would skim the video from youtube, sell it to newspapers and split the money 50/50 with me.

So that it was I did. Within an hour I was a story on the Daily Mail website 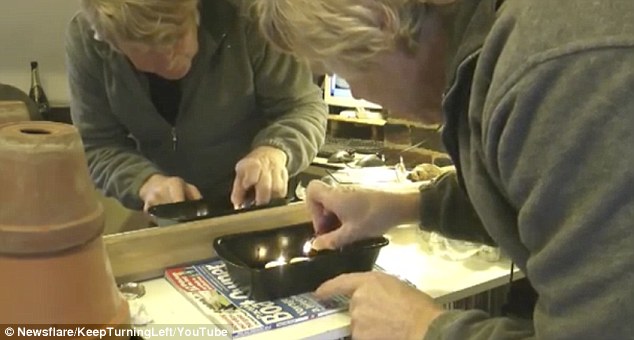 they even made a nice graphic 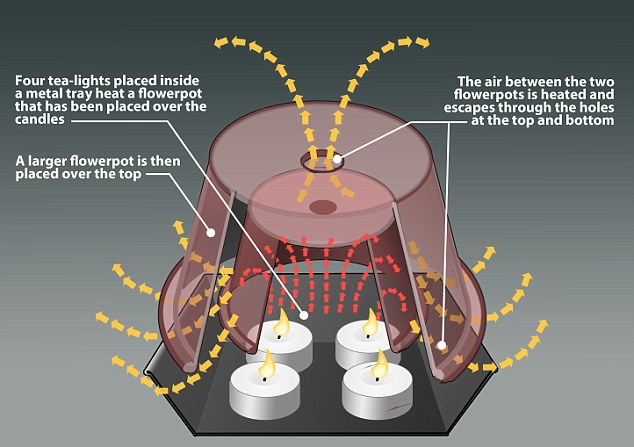 It turns out that the Daily Mail paid Richard £60 for the story and I will get £30 via paypal.

Now if I type my name into Google I get thousands of hits from news agencies all over the place. I am even named as a boat operator or a youtube enthusiast.

The hits on youtube kept on rising and the film has now, on Saturday night , had over 400,000 hits.

In the old days when I was an adsense affliate I would have received around $400 for the hits on the film - however the past is the past and I am happy with the £30 - half a tank of petrol for the Polo is better than nothing.

It is amazing - when I started as a hack I was using a manual typrewriter, shouting copy down the phone to a secretary who wore unfeasably short skirts and my words were turned into metal blocks which were used to smash coal based ink onto sheets of  mashed up wood pulp.

Now billions of digits flow out of a bedroom and around the World.

One other thing - the other day a box arrived from Amazon. I did not remember ordering anything so I opened it with great excitement. A fellow sailor and Minstrel owner called Mick had bought me one of these as a gift Now if that is not a beautiful thang I don't know what is.

It has been a great week for an old hack. Bless you Mick for sending me the heat pal, Bless you KPMG for buying the Starlings film, Bless you blokes who bought the DVDs or resubscribed to the website - Bless you Richard from Newsflare for kicking £30 my way

a curse on the inhuman  Google/Youtube algorythms for kicking me out of adsense.

This is about Dylan Winter's Blog. Tags: flower pot heater

6 Responses to “A story of everyday digital folk”