A filthy Fisher and a strange Frenchman

After two winters and three summers sailing in Scotland in open cockpit boats I realised that if I am to make the most of a place where it rains 100 inches or more a year then I really need a boat with inside steering.  The smallest, neatest, toughest motorsailer available is the Fisher 25.  It ticks all the boxes - 25 foot, long keel, legs, a transom for my trusty 6hp Tohatsu, small sails and inside steering.

Some of the visitors to this website are kind enough to send me candidate yachts - but a good fisher is £22K. At the moment I have £14K in the kitty so the gap between the boat and the cash is still too big to bridge.

However, among the suggestions came this one.

The link was sent to me by an adenturous French  small boat sailors.

who has been following me for several years. 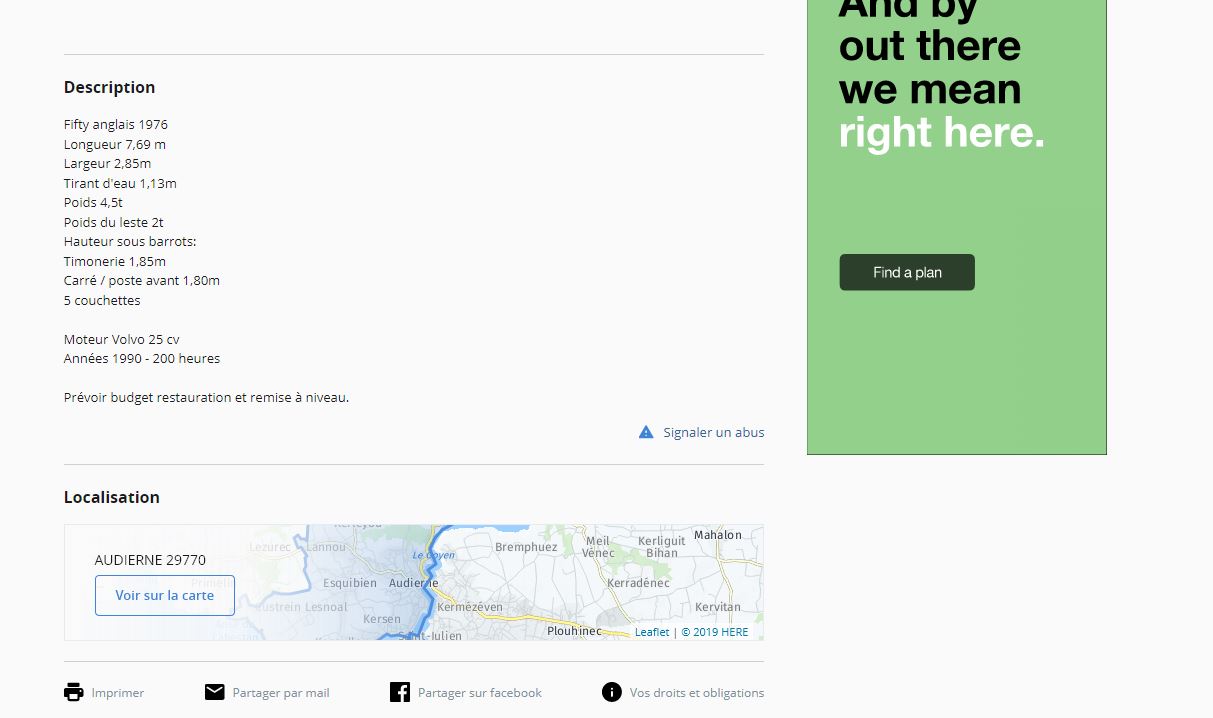 the advert, which  had been up since the beginning of May, only had three images. 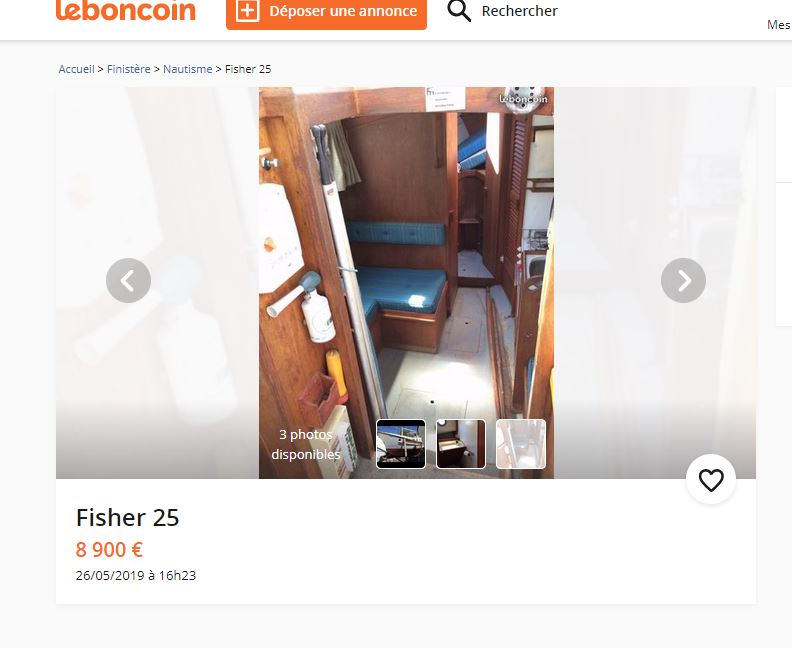 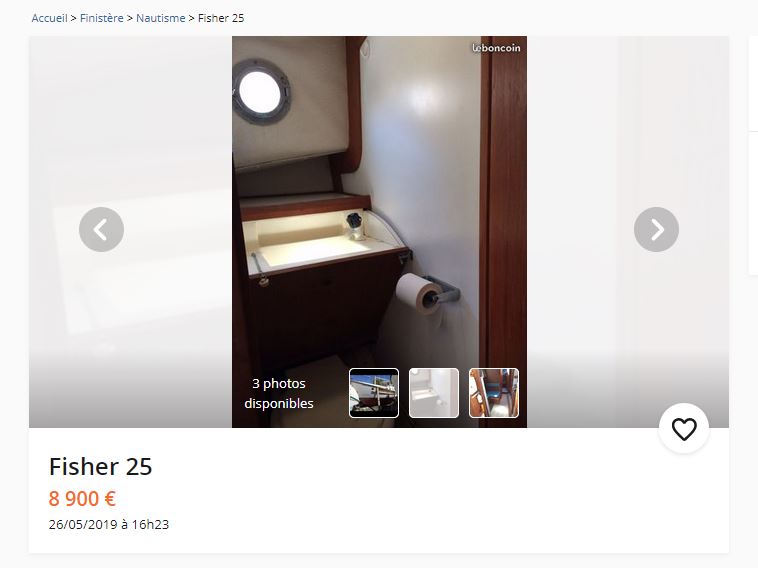 I asked my French friend to contact the seller for me as my French is not up to much and he got no reply. After a couple of weeks I had a go at contacting the seller myself and asked him for more details and some more images

All was quiet then suddenly I got a stream of eight images from the man in the advert via  Boncoin.

and here they are: 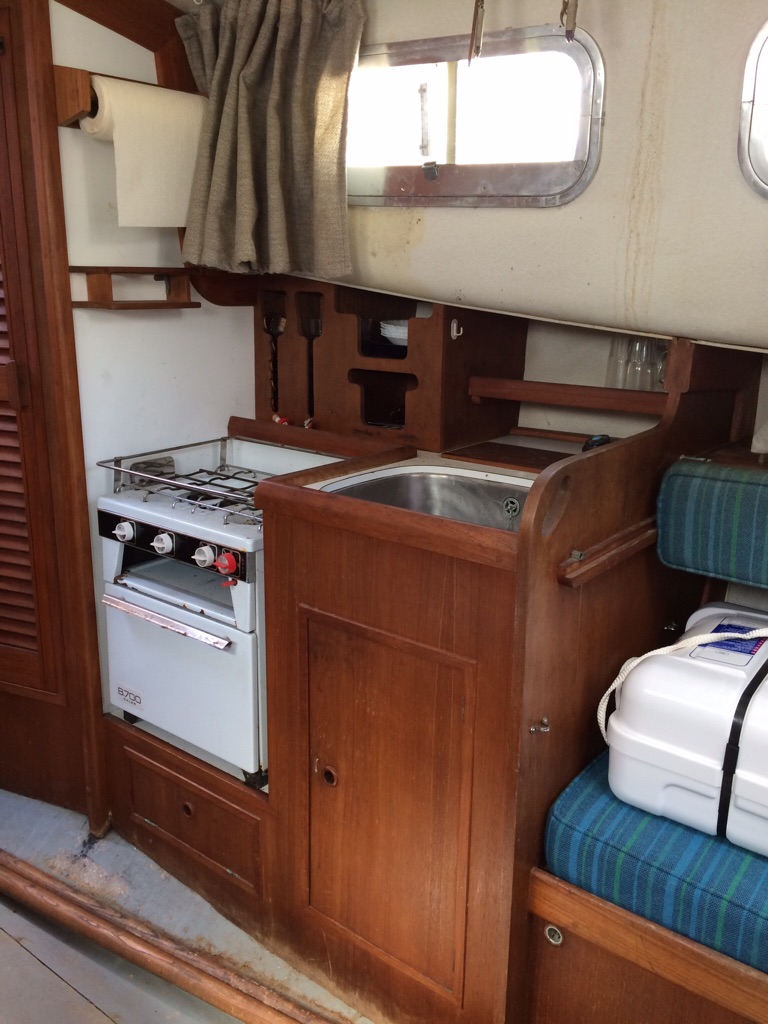 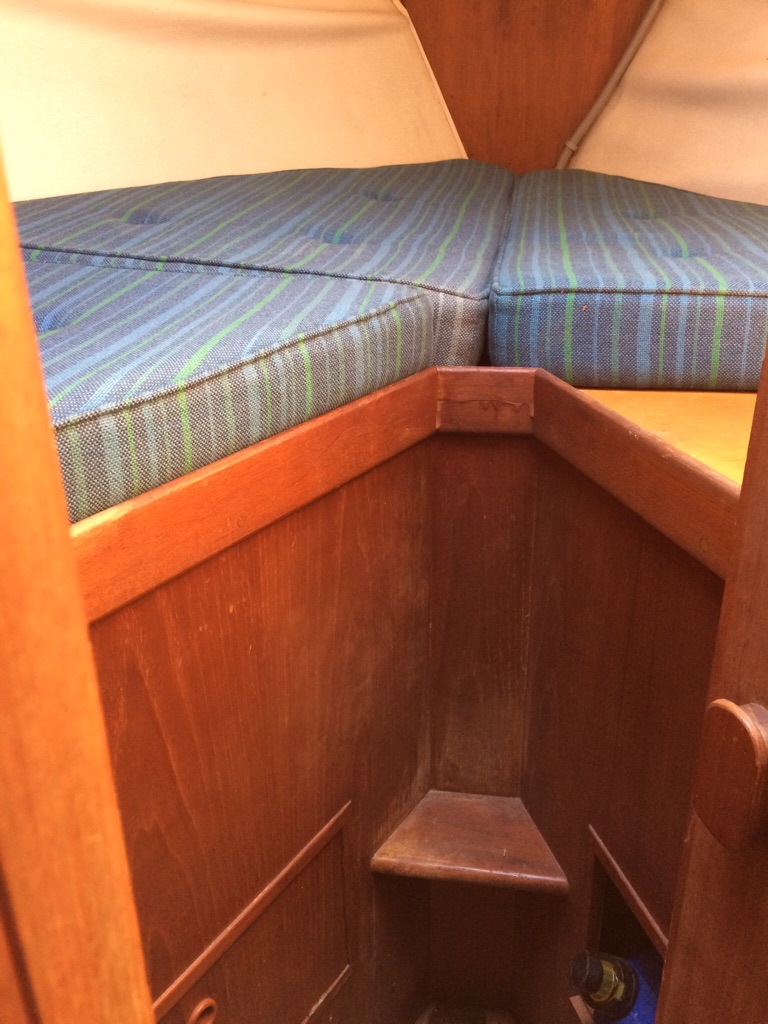 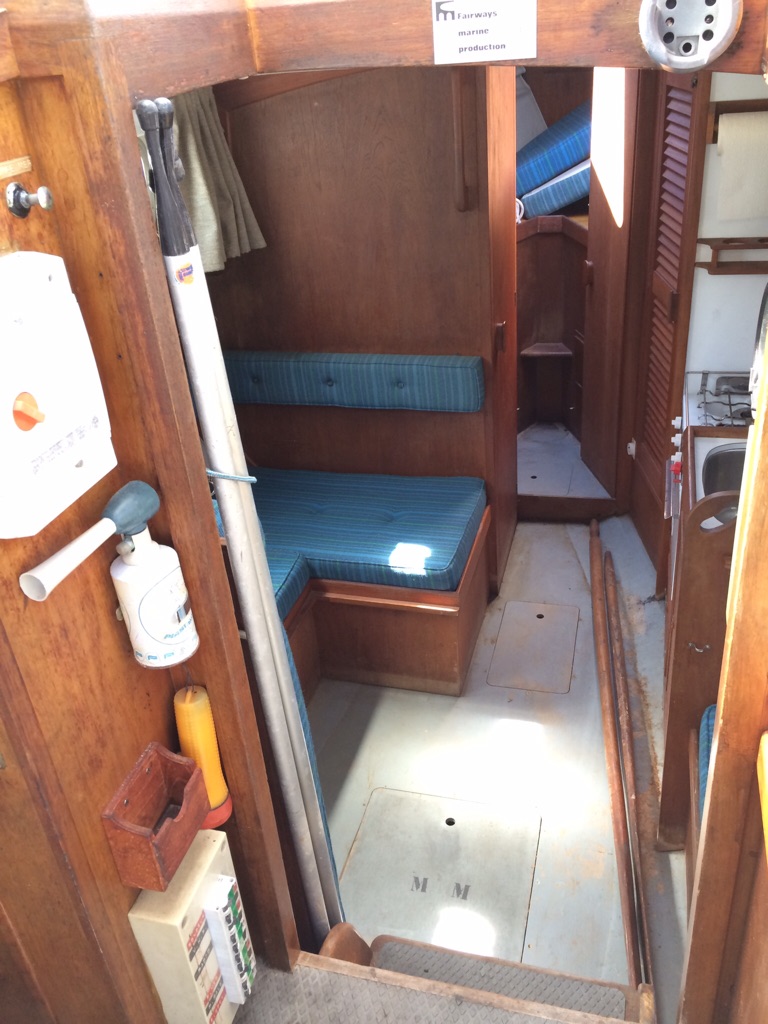 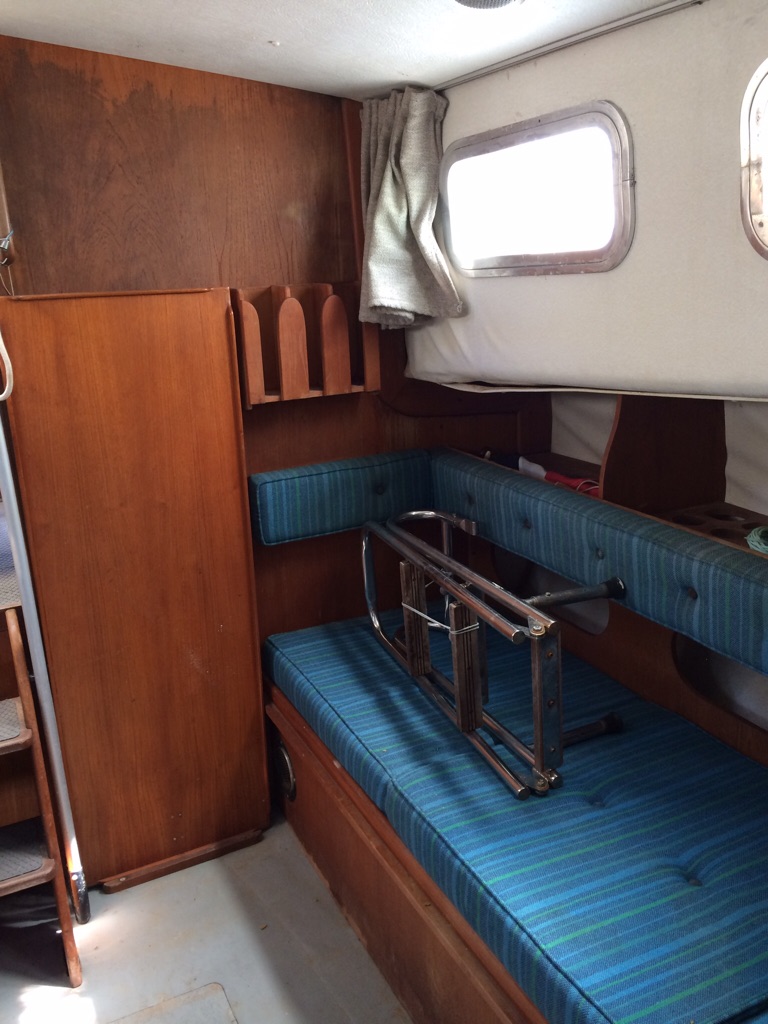 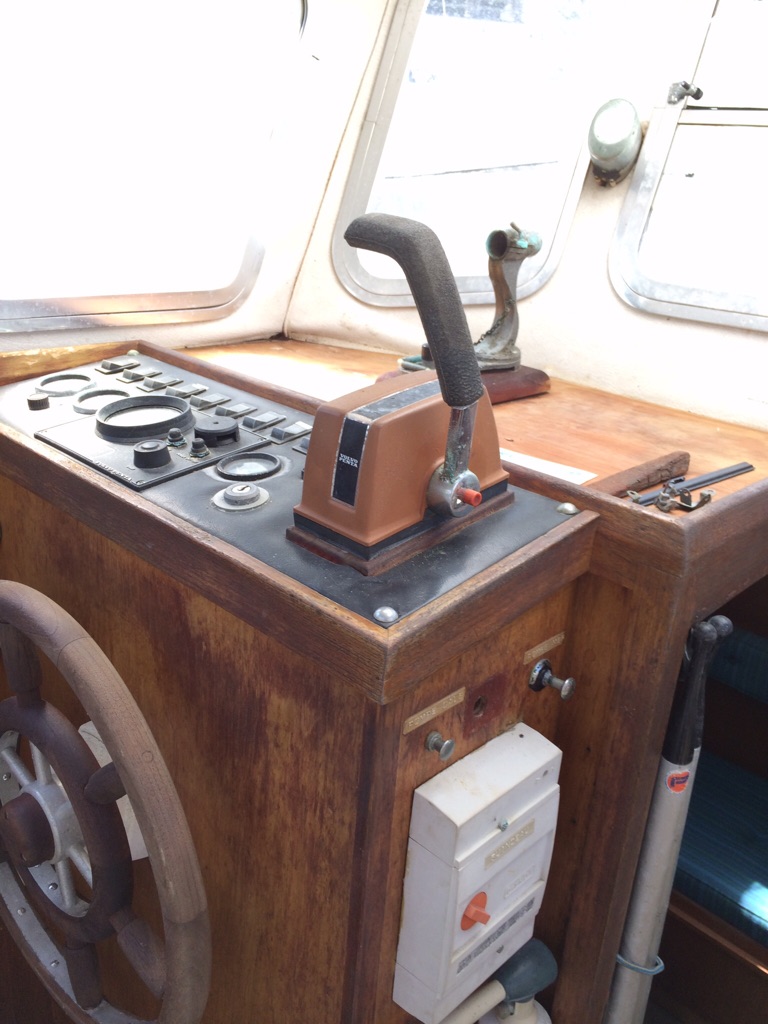 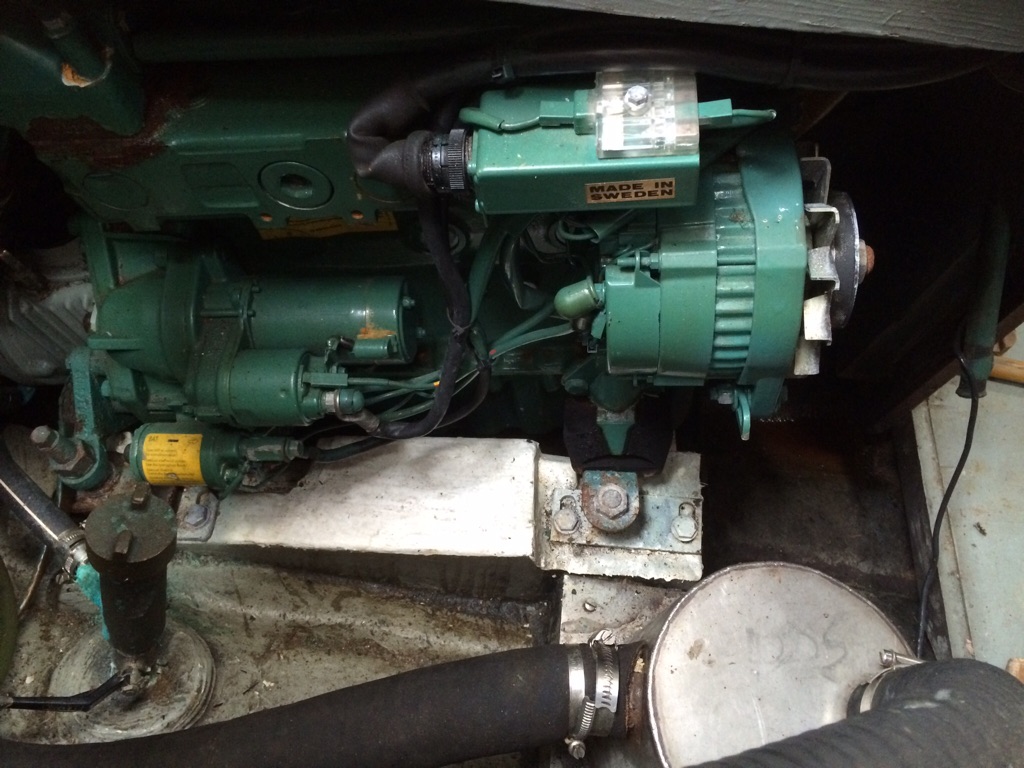 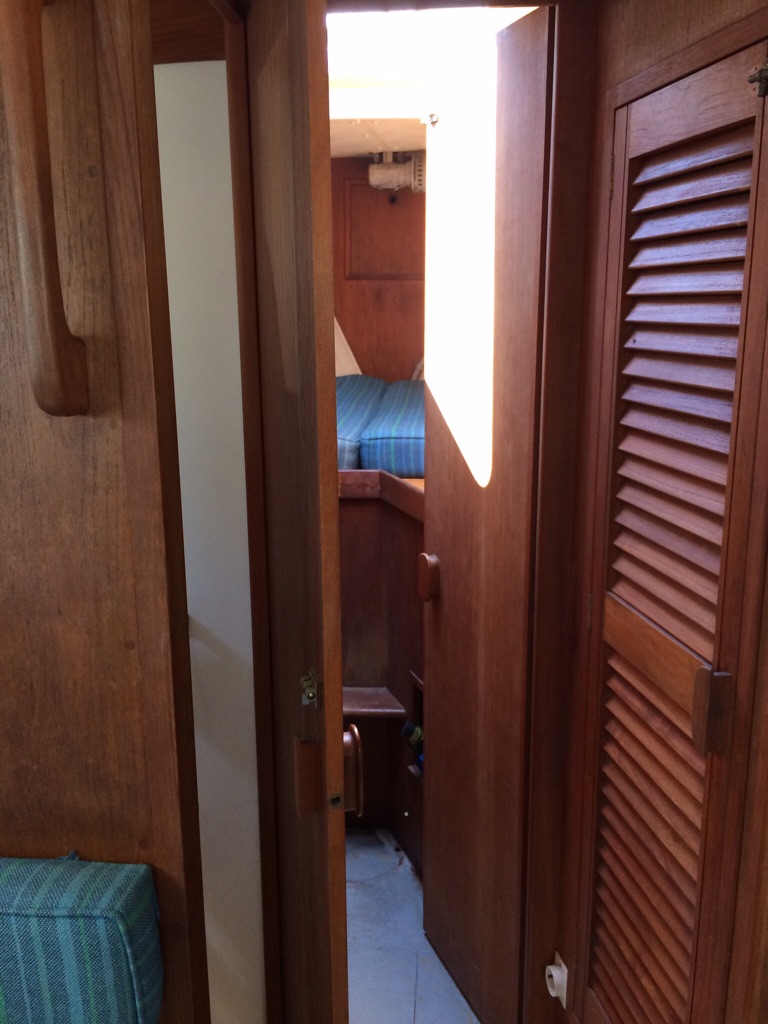 the images were rather encouraging.

Bonjour
This is some pictures from my boat fisher 25 in britanny
Exactly at Audierne
The price is low because the boat need a vert deep cleaning need a New électronics équipements new security équipements
A serious engine overhaul although this engine is only 200 hours but no run since 9 years before it was with no problem
Also you need new battery and anti slip coating and a part of running rig except the sails
I Thing the Word refit is good
The hull is without osmosis but some piece of Wood is rotten and need to be change
Even if this kind of boat is very solid and well built this one is 43 years old and never renovated,giving the whole boat an authentic feeling
Don’t hesitate to contact me if you need any further information at+33699932326
Best regards
Jean philippe

I phoned the number in the advert - and JPs English was as bad as my French.

However, between us we communicated that he had owned the boat since 1988, that he had sailed it until 9 years ago when he had bought a fisher 34 and just parked the Fisher 25 in a cheap yard intending to do her up and sell her. The years passed until he decided that she just had to go.

However, like me, he has a 27 year old daughter working in Holland who has excellent English and most of the real communication was then through her. We spoke three times on the phone and everything was going swimmingly.

I asked her to text me her email so that we could communicate - none came. I phoned her again and diligently wrote down her email and sent her one for her to bounce back. No response. However after a couple of calls to JP and Helene everything was agreed. Maybe neither of them are good with email.

I sent JP some messages via Boncoin - here you can see the dates - but old JP was not keen to respond to any of them.

I thought that the price of 8,900 euros was a bit weird - but it would be worth driving down to have a look at the boat. It was 1000km but I had never seen Brittany and ferries are cheap on Tuesdays - no idea why Tuesdays but such is the way of the World. 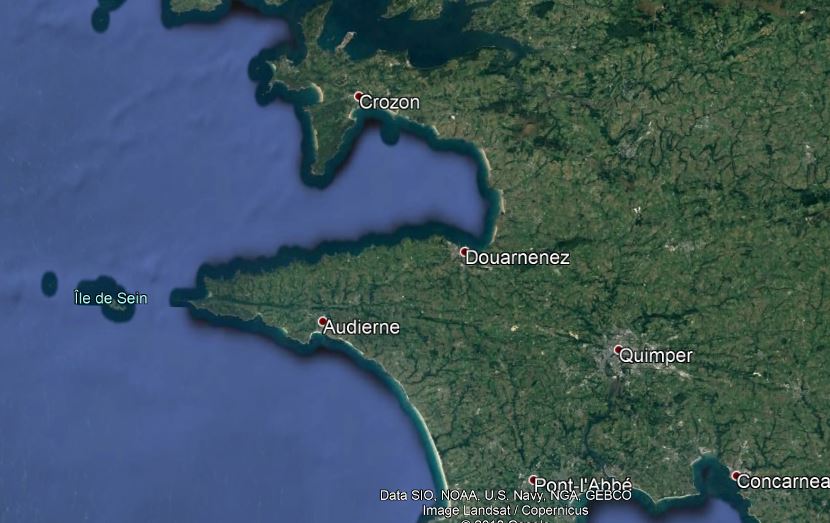 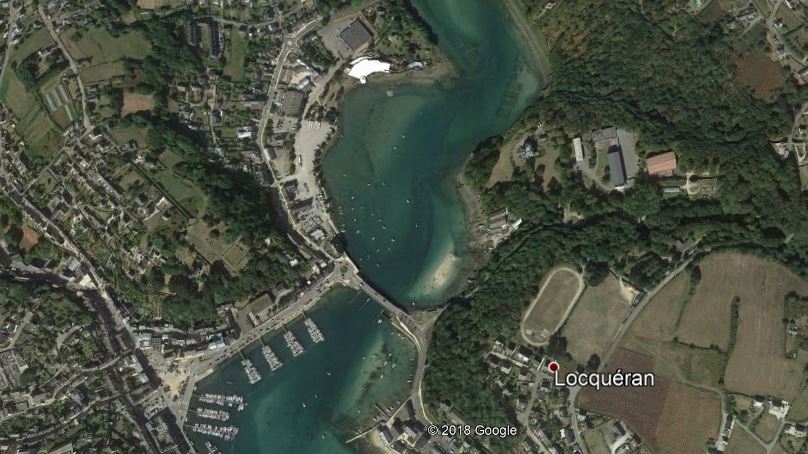 and there was the boat on google earth and street view as well. 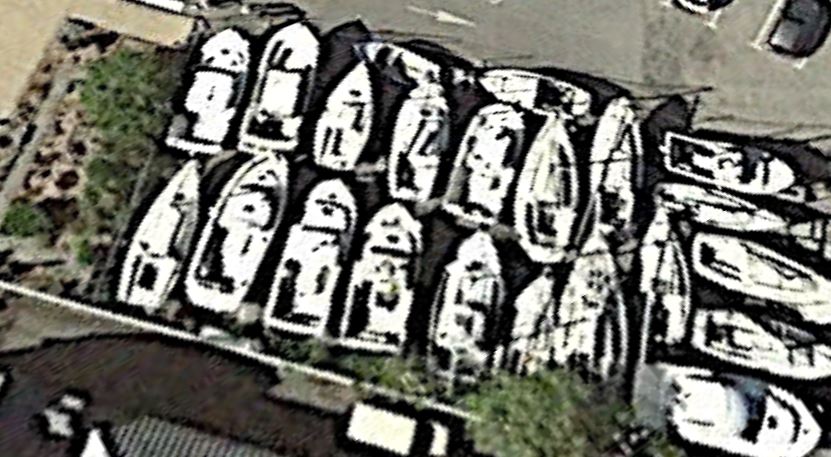 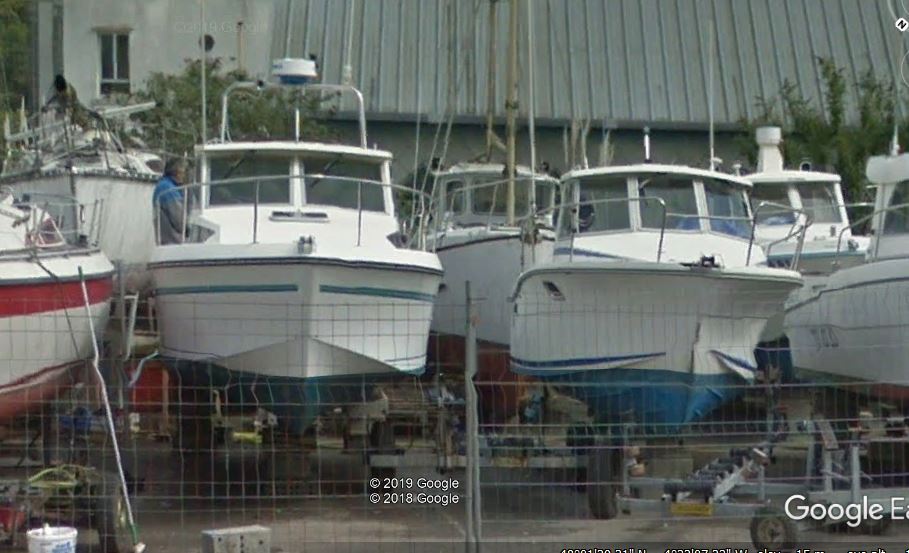 Helene said that another Brittany based sailor wanted to come and see the boat but she guaranteed that the boat would not be sold to another person before I got there. Besides the other sailor had not yet seen the boat. So if I liked her I could close the deal on July 4th for the price as advertised. I assumed this was a way of stopping me from trying to knock them down - how wrong I was.

My plan was to go down and camp for a week, buy the boat, do some work on her. Then drive home for the Tuesday Ferry.

I had pencilled in two weeks in July to take the jalopy full of outboards, cleaning materials, antifoul, tools, life raft etc  and spend two weeks knocking her into shape.  Then I was going to drive home again - on a Tuesday.

Then  finally at the beginning of September in the Passat again with me mate Jon and a car full of sailing stuff plus with a dinghy on the roof. Get the boat put in the water, spend two days on sea trials, sell or dump the car and sail the boat home using the Tohatsu as the main engine.  It is 527 miles by sea from Finnesterre to Waldingfield.

I should explain about the car....

She is a 19 year old diesel passat with 187,000 miles on the clock. Paul, who is the village mechanic, said that she is unlikely to pass her next MOT so she is due to be scrapped in October anyway so she might as well be scrapped in France as opposed to Suffolk. She looks fine but neither the radio nor the air conditioning work anymore. We loaded her to the gunwhales with camping and cycling related clobber plus a few tools. 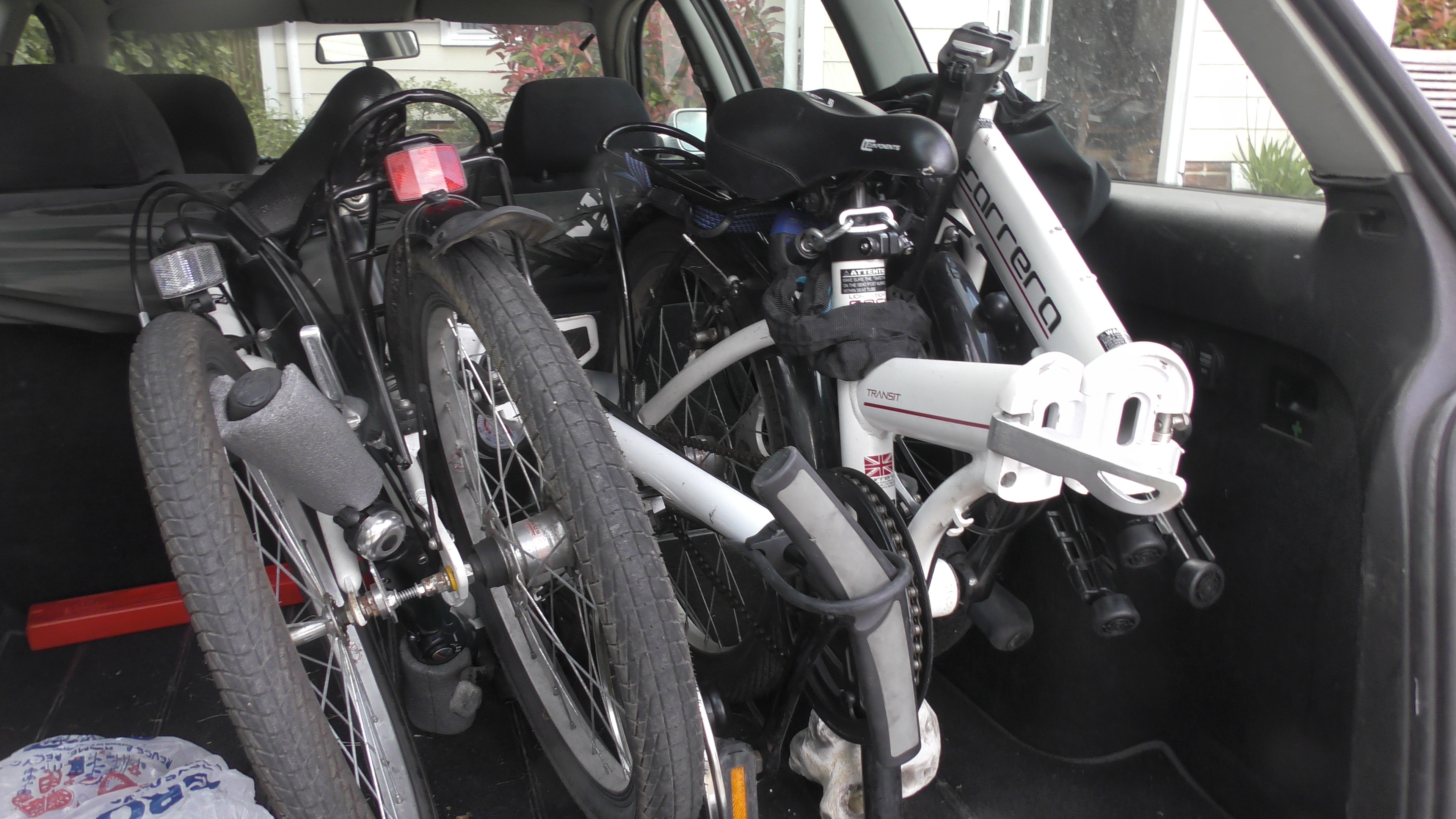 Sadly as I checked the fluids the night before departure the dipstick came off in my hand. 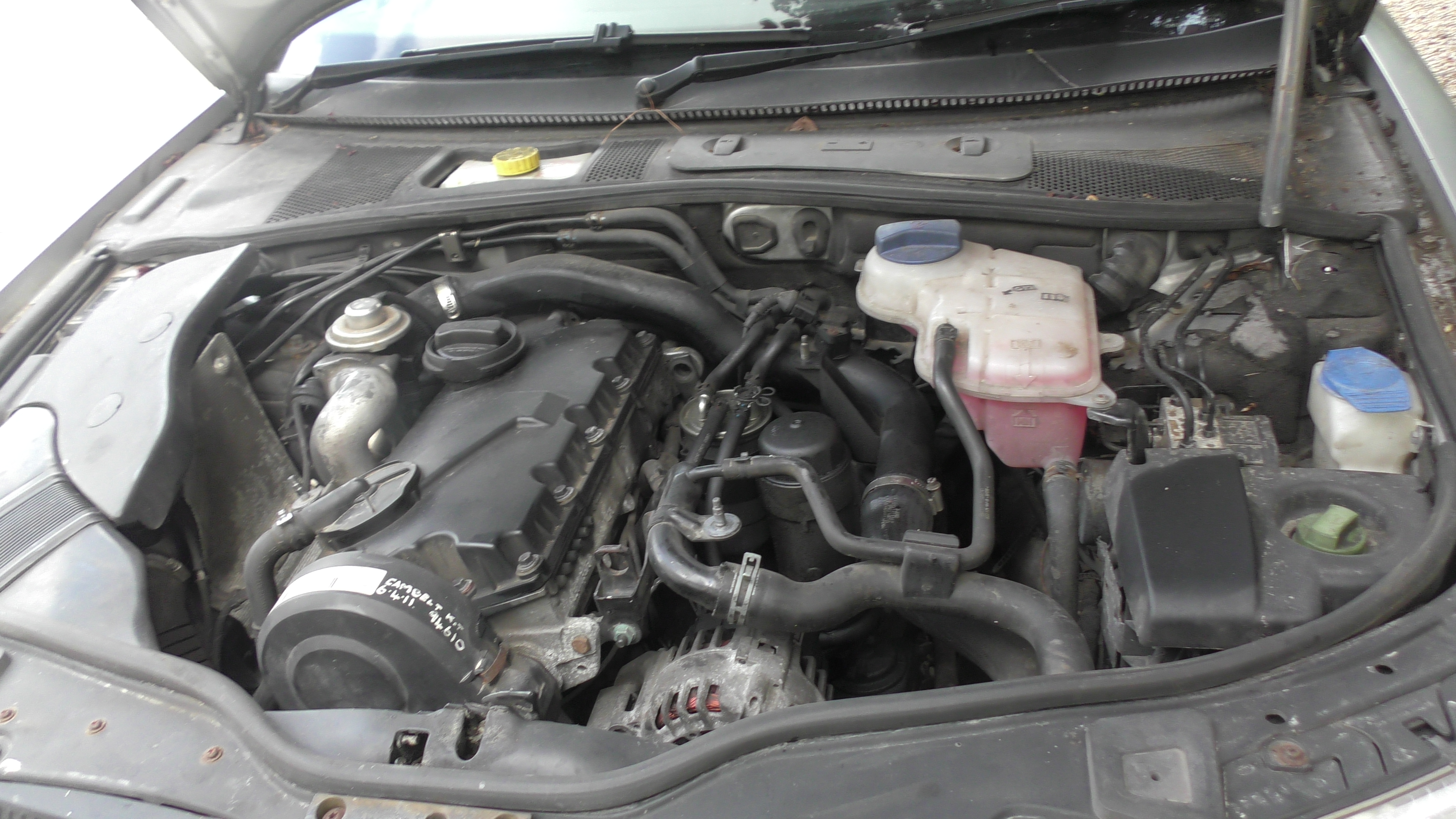 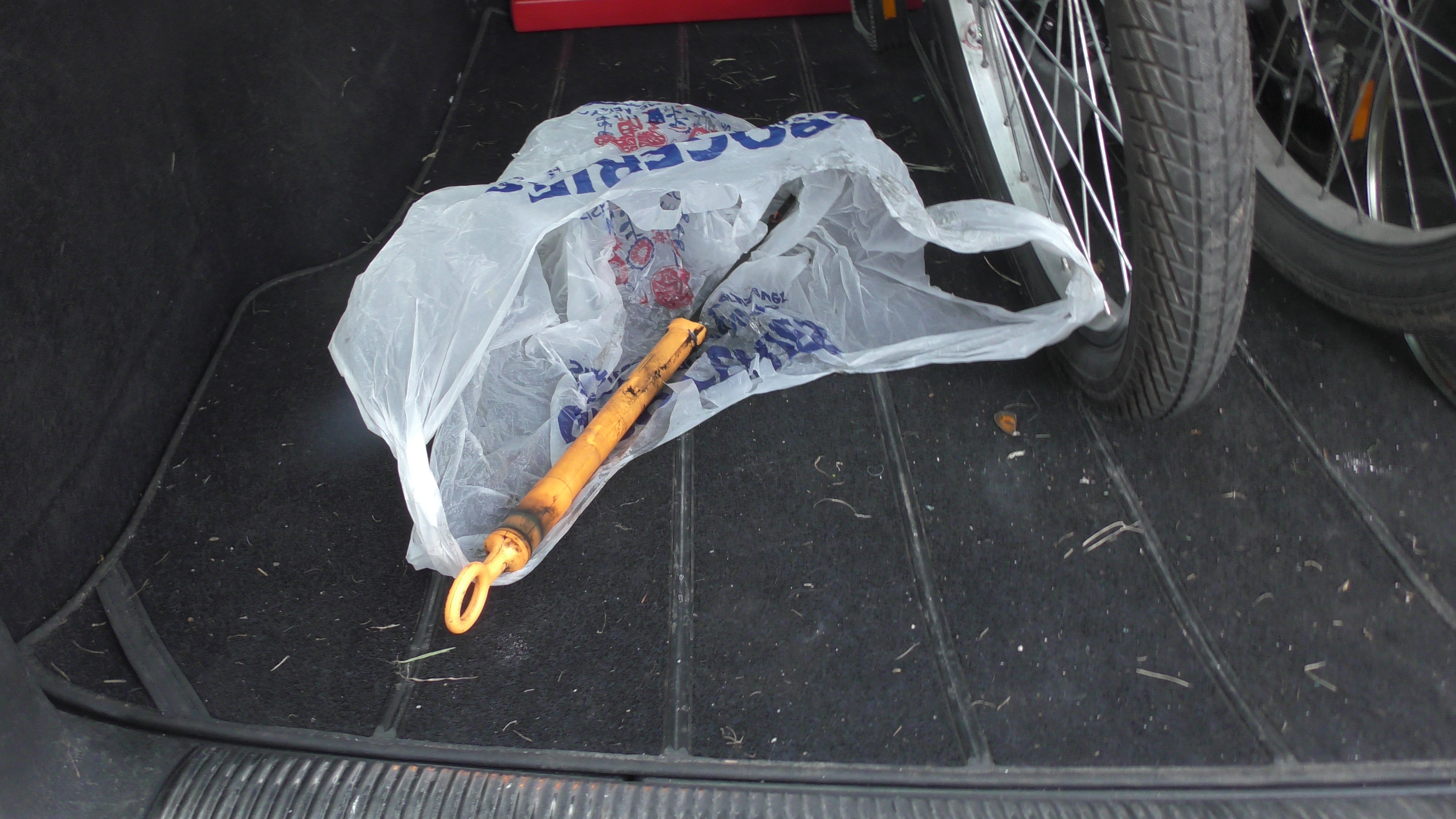 However, the engine is as sweet as a nut and suffers no back pressure, uses no oil,  so I wittled down a whisky cork and shoved it in the hole. Should the oil pressure warning light come on then I could remmove the cork and use the broken dipstick to check the oil. Now do you see why you should never offer me the loan of your boat. 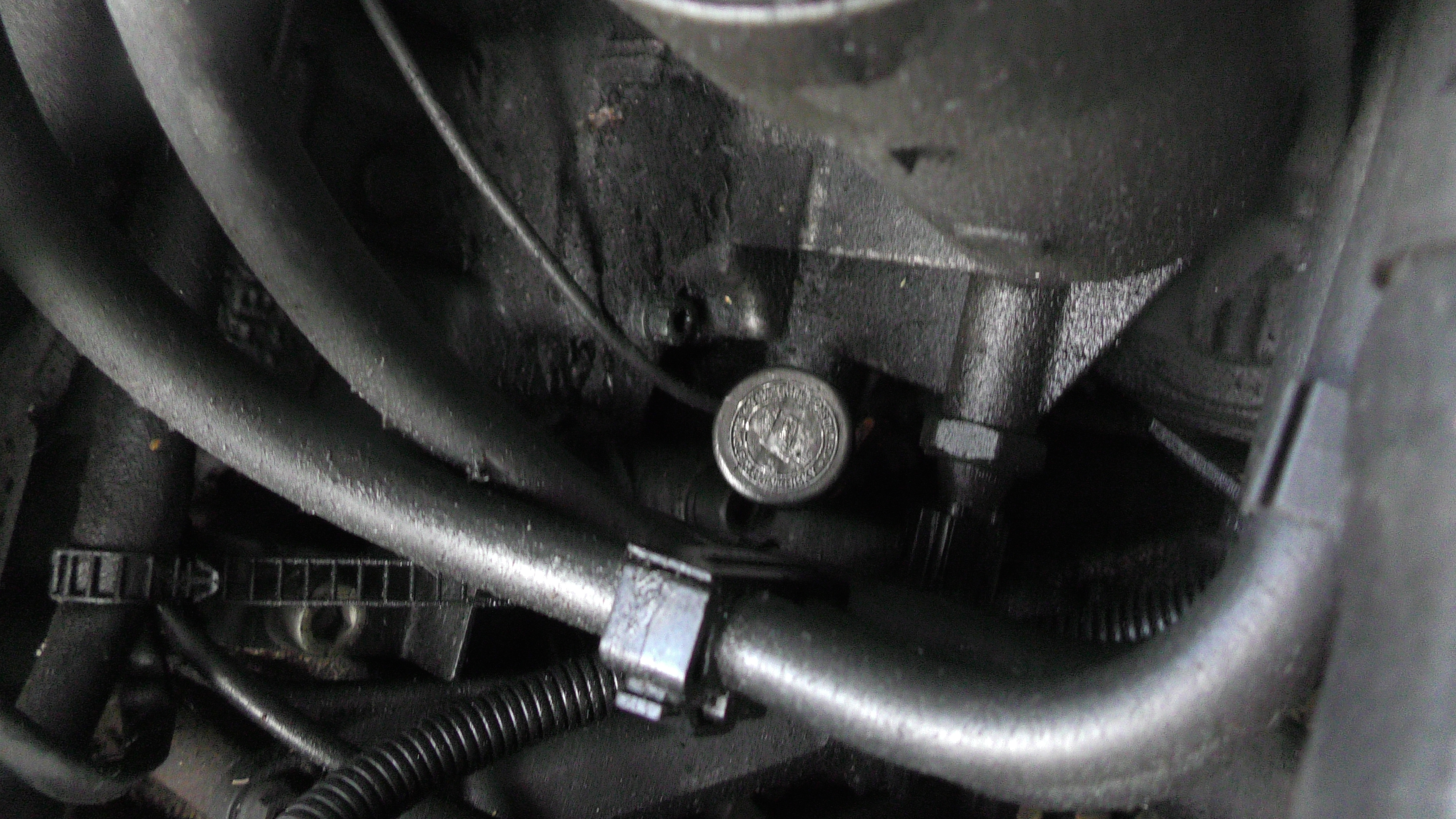 Camping at 15 euros a night.

So on Tuesday morning we set off on the first leg of a 2,000 mile journey. The whole experience took a turn for the worse when I met Jean Phillipe, the owner of the Fisher at 12 oclock on July 4th at the Stratimer boatyard in Audierne. 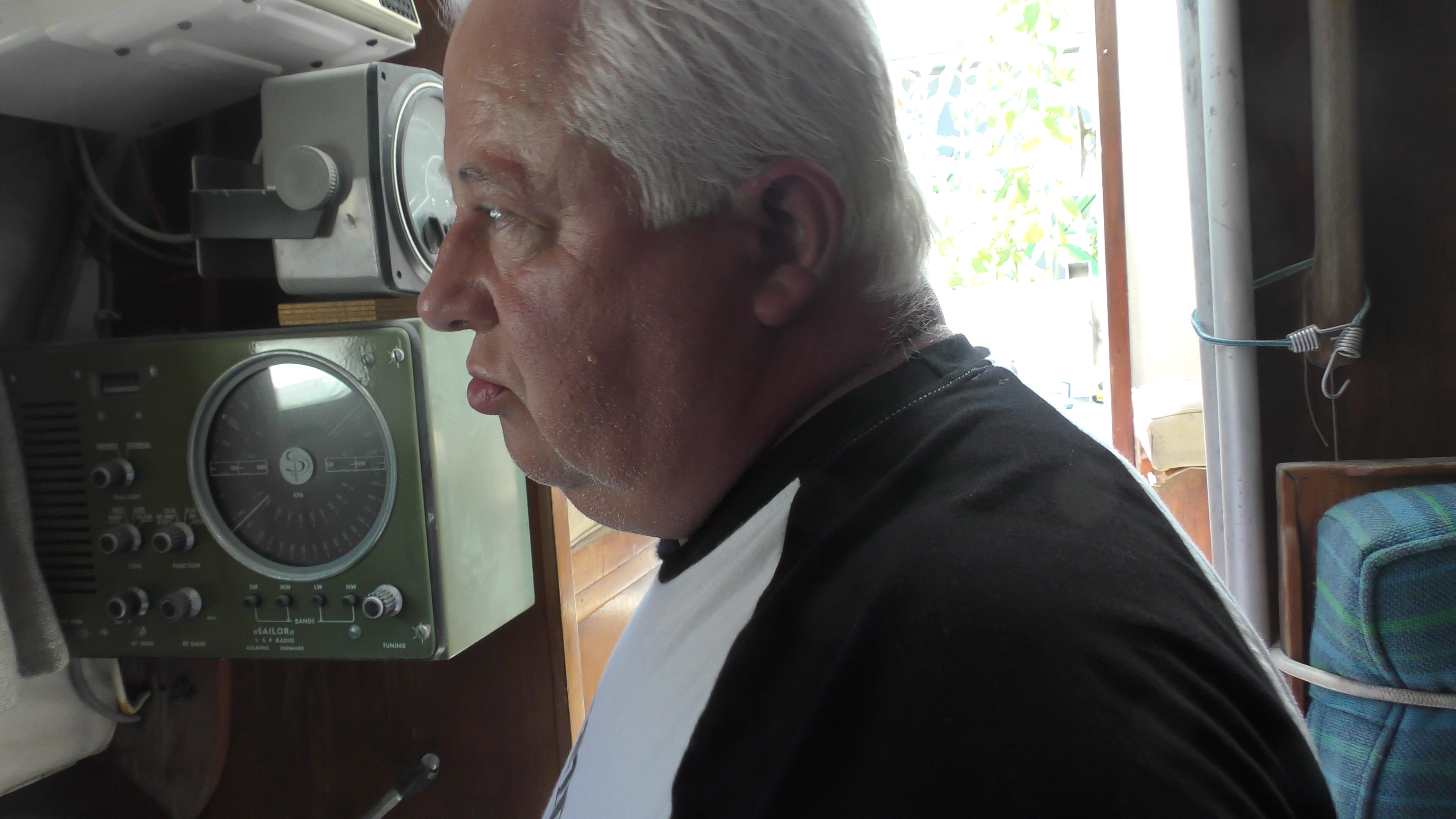 Just in case you are worried,  the jalopy behaved perfectly - although with temperatures of 28 degrees C every day we missed the air conditioning.

On the Bright side the campsites were fine, some of them had still not really grasped the whole idea of toilet seats or loo-paper. But the wine was cheap, red and fuity, the Brittany beaches were stunning - perfect sand and cold crystal clear water.

If you wish to learn what happened please read on

This is about Sailing around Britain.

11 Responses to “A filthy Fisher and a strange Frenchman”