If you wish to watch this film in HD it is available free by clicking on this paypal button. 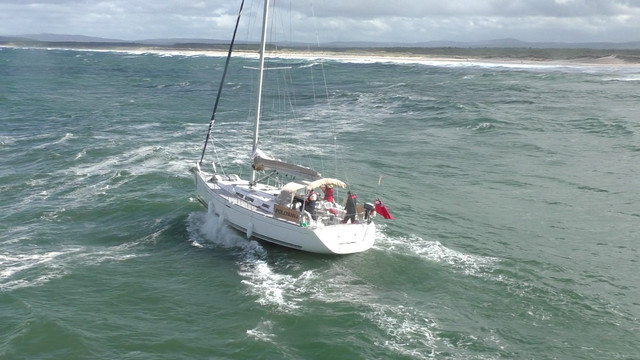 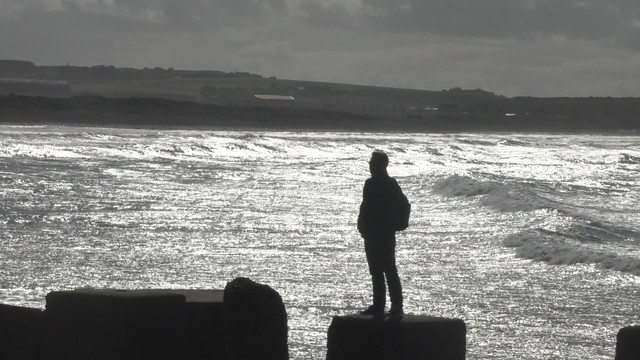 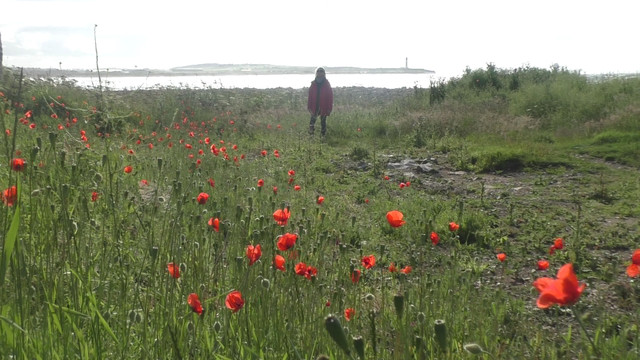 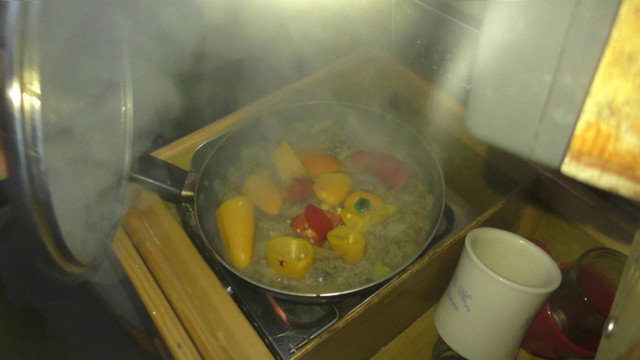 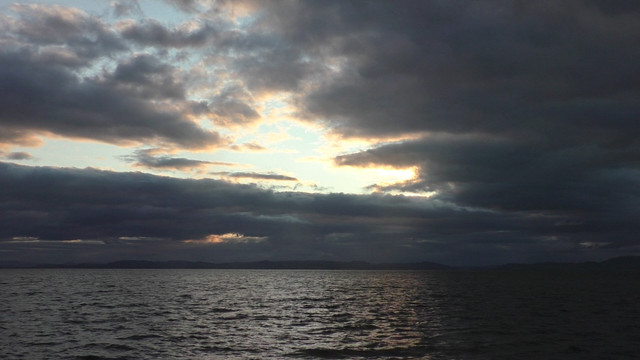 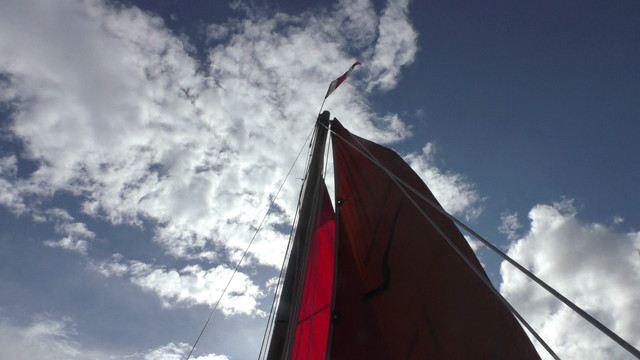 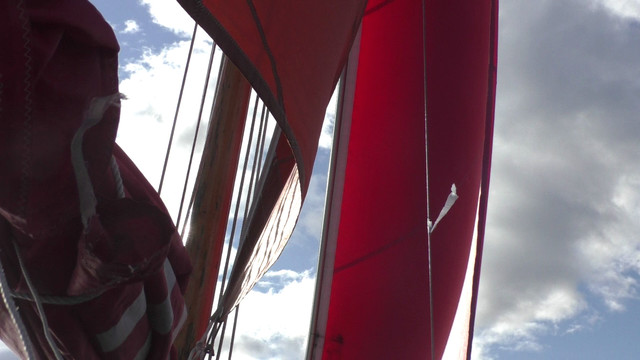 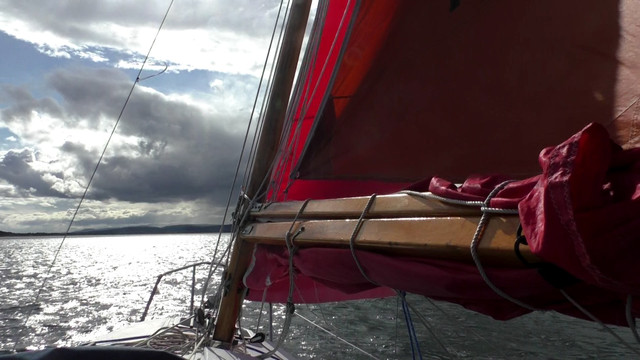 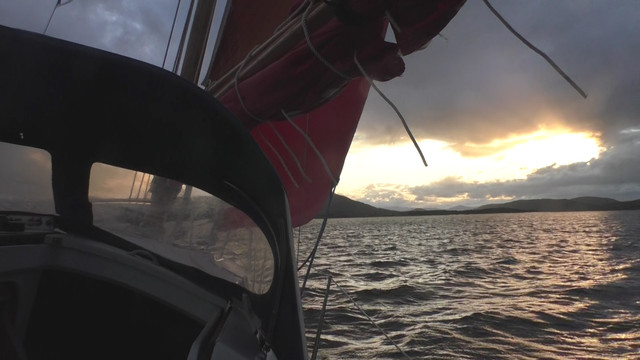 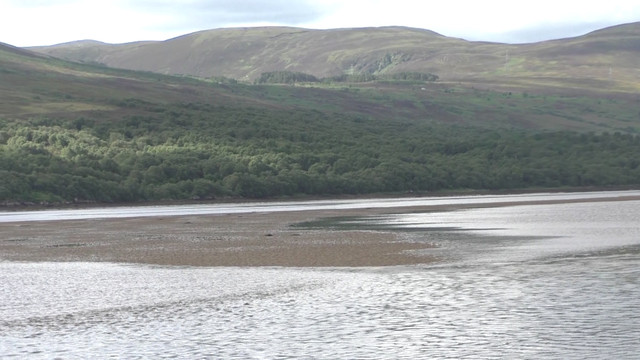 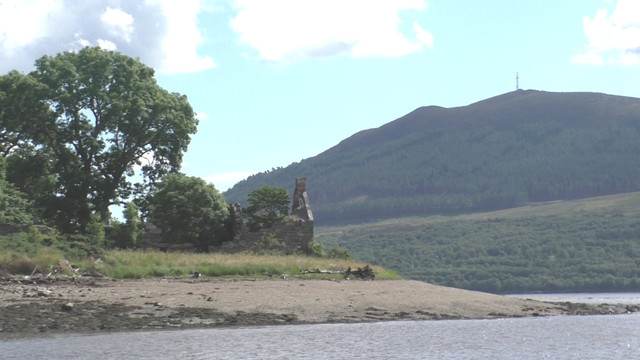 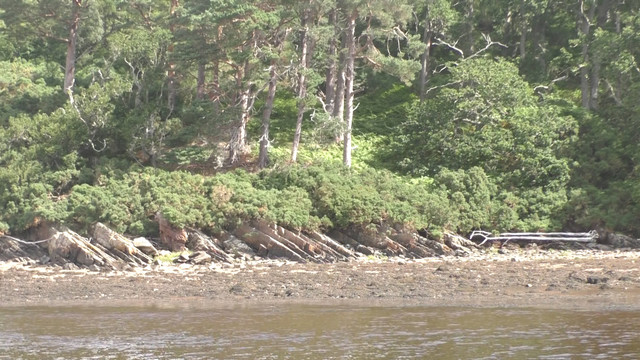 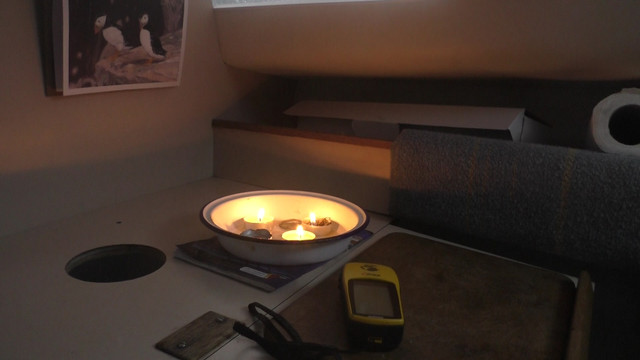 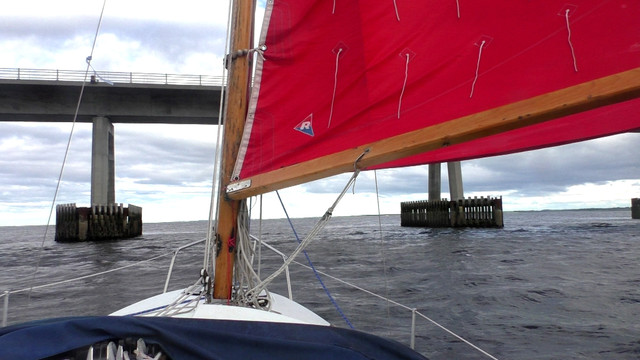 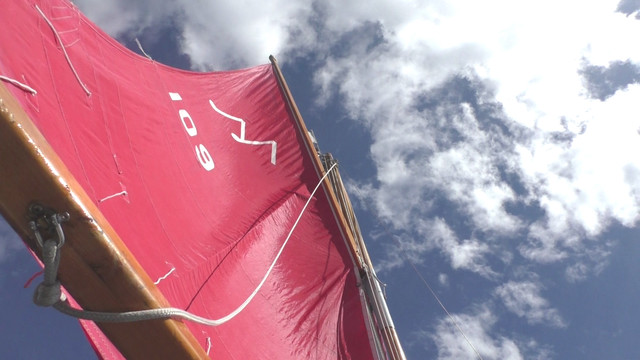 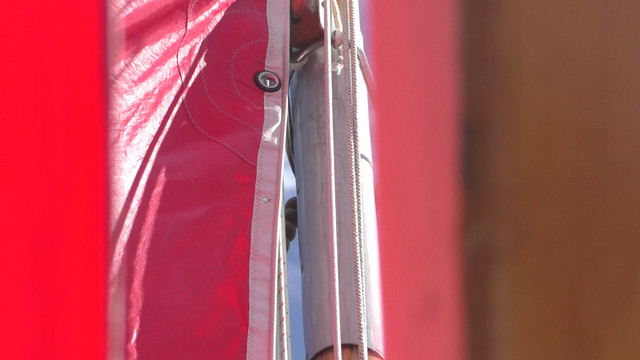 The weather started to close in – just as it was getting really bad a party of three german sailors in a charter yacht decided to make a run for it. It was Friday and their boat had to be back in Inverness ready for Saturday change-over.

I have heard it said that the most dangerous thing on a boat is a calender – because deadlines make you take risks with the weather. Of course, the perils faced by the renter of a well found 40 foot charter yacht with a powerful and reliable engine are somewhat different from the ones faced by the owner of an outboard driven full crouching headroom trailer sailer.

The chance of the charter yacht engine conking out and the boat being dashed on the rocks are minimal – when stacked against the 100 per cent certainty of a hefty penalty for bringing the charter boat back a tad late – missing flights and all the rest.

Once he was clear of the lee shore and headed up towards the sheltered side of the Moray then I am certain that they had a pretty splendid fast reach through flattish water all the way back to the charter office. Good on them for having an adventure they will not soon forget

Jill and I spent a very happy day enjoying the visual treats that were all around us.

the power of the sea and wind coming at us from the arctic circle set about slowly, inexorably and with impossible patience eroding the shore and all the works of man back to the perfect granite sand that fills every bay and beach along this coast

As a man from the southern parts of the north sea where the chop is as short as a dinghy I still find that these long period northern lattitude waves exert a powerful hold on my gaze as they ebb and flow across these stunning Moray sandscapes.

the clear low slow scottish light combined with sparkling shifting forms and spectacles create images that remain long after the power of the storm has dissipated.

It was pleasant enough to rest, read and eat.... but the weather man was holding no hope of warmth and sun in the forseeable future and down in suffolk most afternoons it was kicking at the door of 30 centigrade – so, with barely a backward glance jill hopped on a train to woodbridge and left me alone to indulge my sailing insanity in an ever cooling scottish lanscape.

Katie was making the most of the freshening breeze which pushed her on through the grey world of Moray. An hour, maybe two of this splendid wave chomping progress and we will be rounding Tarbet head in search of a placid anchorage surrounded by sand.

and then – just the briefest of cetacean vitisation which ended with a satisfyingly flambouyant flourish.

I confess that I cherry pick locations when Jill is with me – I know that she prefers beaches, drying out in estuaries, long walks and generally poking around seashores to long uncomfortable coastal passages

I wanted to get up the Dornoch as far as Bonar Bridge – I had also never seen an osprey, a terrible confession for an ardent twitcher and Dornoch has ten resident pairs so I was full of hope.

It started to get dark before I could get myself tucked away behind Tain Bar so rather than risking it I motored over to the partial shelter of Portmahomac for the night.

the jetty and the main buildings, were designed by Telford. It was never a fishing port more a loading dock through which the good quality East Coast Wheat, barley and oats could be exported to continental markets.

The sutherland highlanders who had been cleared off the mountains and glens by their ungrateful clan chief , were frequently undernourished, they hated the site of good food grown on what were once their best pastures being dispatched to swell the bellies of greedy Dutchmen.

To us, today, portmohomac is a just another redundant wharf – to victims of the clearances it was was a symbol of their complete degradation and humilation at the hands of their clann chiefs. But starving them to the point where they left Scotland was all part of the disgusting plan.

I slept well in Portmahomac – I always sleep well on the boat – and the weather man said that it was not going to rain.... that much.... that day

The wind was all over the place – funnelling and curling capricioulsy off the mountains. I often use the trisail when it is blowing hard. It is made of a cut down squib main which once belonged to my father in Law. The boat stays balanced, the drive stays down low and I can dowse it in a trice.

I love the gunter rig, with its stubby mast and sensible gaff but there are days (especially in scotland) when the drive from Katies baggily massive red mainsail is overkill and you want that sail pressure kept low. Her handiness in light winds under main alone is a wonderful thing – for a single hander on a quiet day up a small river – but a handful when scotland is chucking wind at you from every direction ….. and theres all this scottish scenery to savour

The north sea is seeking to slowly choke the dornoch with soft sand which it piles up in elegant shapes which all but block the firth entrance at low tide.

Then we were through and over the bar and the flooding tide added a knot or three to our forward speed.

The Dornoch is well blessed with places where an old bloke in a small boat can pass a quiet night – with no other sailors to disturb his fitting slumber.

I chose a spot with all round protection, soft mud and fifteen feet of water...little wind, no waves, some birds... no midges.

later on. Much later, the moon came out – but only for a short while before being once again subsumed by cloud.

I am always happy to pick up the paddle and offer a few strokes in homage to the god of wind – he likes me to show willing and make attempts to meet him half way – he soon takes pity on me and never fails to to deliver a zephyr or two = as he always does for supplicants with enough patience to await his pleasure.

The Dornoch firth was famous in scotland for the utter perfection of its oysters which once covered these banks – a man could scoop a meal for four from here with a single sweep of a wooden bucket – but that was 100 years ago – all gone from the dornoch now - too many men – with big industrial buckets.

This lush land of the dornoch has changed hands between Mackays and Sutherlands several times – occasionally by marriage – but more often by force of arms as gangs of Mackays came sweeping down from their mountain fastnesses to desecrate, steal, burn and murder anything associated with the hated members of the sutherland Clann - part of an ongoing 500 year old feude that started when a despicably perfidious sutherland chief offered hospitality to his Mackay counterpart and his glorious son - They were greeted as honoured guests only to be mercilessly murdered – both man and boy - as they slumbered in sutherland beds.

Incidentally, dornoch means peddles the size of fists – which can be found all around here – ideal for lobbying at cattle and enemies

Despite being an ardent twitcher I had never seen an osprey – and at least one of the Doirnoch 20 p should show its face at some point. I spent a lot of time watching them through binocs, willing them to come close enough to film. I even saw a swooping dive for a snatch and successful catch. I watched as the huge bird lifted its wildly twitching 2 kb dripping burden triumphantly up into the air and turned the fish head to wind to give better airflow across its quivering silvery form as the huge flapping wings powering the fish on its last journey to the tree top eyrie where chicks waited hungrily for supper to arrive.

Finally a glimpse of Bonar Bridge – a journey by dinghy with the tide up the Kyle of Sutherland would have been sublime and a great adventure as the tide reaches reaches ten miles and more up the kyle - getting half way across scotland.

The next day it rained almost without end

sitting below with no more than full crouching headroom is a challenge to anyon'es reserves of patience and moral fibre. Highlight of the day comes with a change of the tide and a different view while standing under the spray hood eating toast waiting for the rain to quit.

The next day it dawned dank and grey – but with a favourable wind. Once under the bridge – built in 1991 – it will an easy 25 miles back across the moray to Lossie.

It was a deeply satisfying four days – fuel and candle shortages aside. I was looking forward to getting back to lossie where I could plug the heater in and air blast myself, my clothes and the inside of the boat to a luxurious crispy dryness I had not felt for days.

This is about KTL 12 Moray Firth, Sailing around Britain.