Westerly Centaur – the best small yacht in the world – probably

The Westerly Centaur is the finest small yacht in the world.  At 26 feet and four tonnes it is small enough to be easy to single hand and big enough to take the rough stuff.  I am confident that a Centaur could handle almost anything the British Climate can throw at it apart from the truly bonkers day when only an arse would be out in a 26 footer .  The space below is genius. A miraculously large bog is  provided and  five good berths. . Five adults  lived on mine for for two weeks - it was bloody crowded but feasible as long as the weather behaved. These boats sail brilliantly on all points of sail.

Of course all boats go well down or across the wind and given the blow a Centaur can really get a good chat going. . Upwind, admittedly,  they are not the same as a single keeler but if treated properly they go well upwind.  Centaurs like to be sailed just slightly over from upright. Then those canted and slighlt toed in twin keels  start to suck you up towards where the wind is coming from. But if you let her heel too much then that uphill keel stops working so well - you can feel it misbehave long before you see it cavitate -  The rudder tells you when the flows are not right.

Upwind sailing in a Centaur

The boat demands slightly more of you than than the fin or long keeler. When the gust come for those lazy wallahs they just brace their feet against a handy bit of cockpit, take one more suck on their pipe and let the physics do the rest as the boat heels to the wind and stays on track. With twin keels a bit of dinghy experience help. When the gust comes s -  either ease the main through the puff, or if you can't be arsed tto trim the main then just stuff her into the gusts a bit. When you look at my son came aboard the fist thing he did was to length the tiller exrension. In the film below you can see him sailing her like a laser dinghy he played the main - in and out that cleat  all the time. It was good to see. 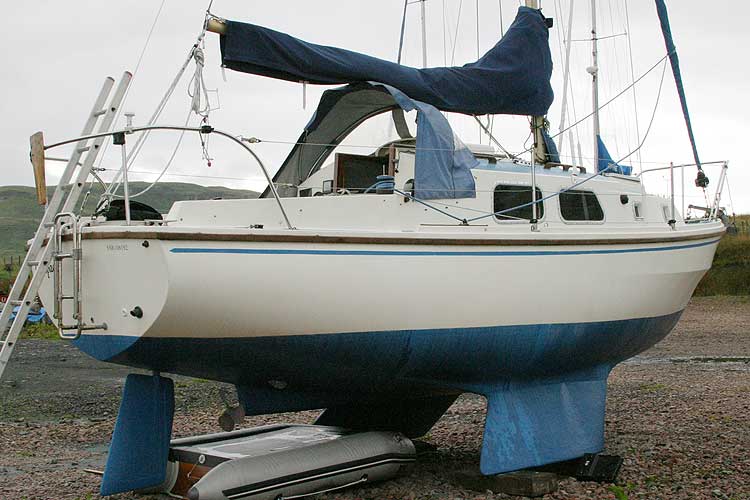 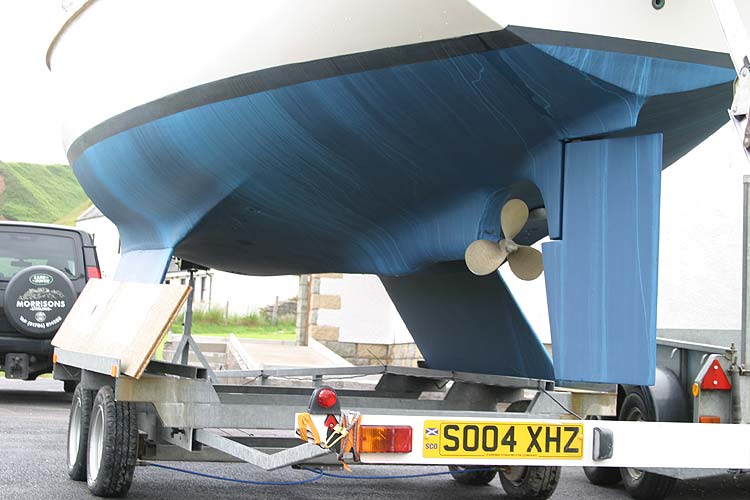 The first centaur , Harmony the one I bought for £1,  was built in 1979 - the year after Westerly revamped the design of the keels and added a skeg.  She also had a lovely mainsail - a real driving force . Harmony felt good on the tiller - upwind you could steer her by feel alone. The £1 was really a sort of loan agreement. I did her up, sailed her for a year and then split the final price with the previous owner - three months of hard graft though.

The second boat - Lily M  - which cost me £5,500 was a different kettle  of fish. She was built before they change. With good old dependable, easy to reef,  flat as a pancake small mainsail Lily M felt like stirring jam. But trim her right and keep an eye on where she thinks she is pointing as opposed to where she really is pointing and she would go along rather nicely. 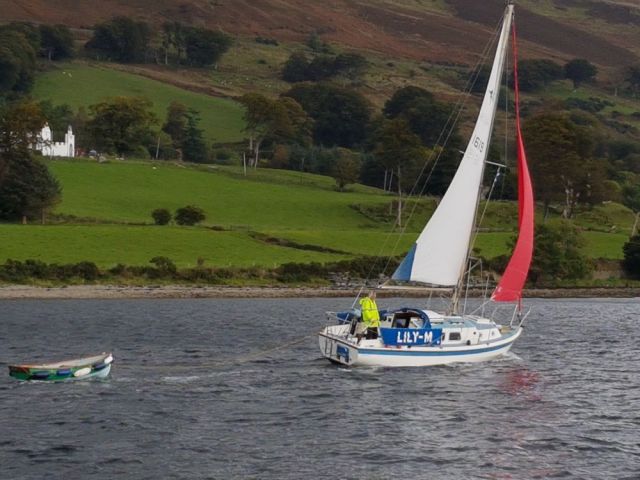 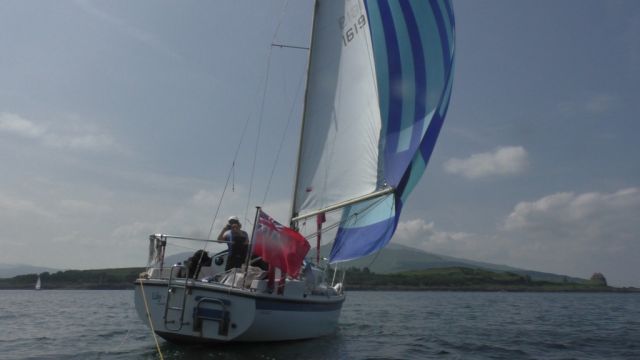 They were both excellent boats but felt entirely different. How much was the main and how much the changed  keels and rudder I cannot say.

What the Centaurs gave me was the freedom to know that if the weather turned  bad and, as long as the engine would run, then by switching on the engine and shoving that big powerful bow into the teeth of the crap weather she will probably take you safely to wherever you want to go.  The prop with 20 hp going through it  is not half hidden behind a keel - it is running in clear flow  - it grabs water from between the keels and shoves it backwards. That negative pressure between the keels makes her hunker down like a six tonner - she feels bigger under power.

With lots of yachts they feel smaller, somehow less certain about themselves  under power than under sail.  Centaurs handle bloody brilliantly under engine. They are also s also great in marinas. Bugger prop kick I reckon - it hardly exists.r. She is completely under control going forwards at almost any speed so coming into and out of marinas is a piece of cake. In reverse things are less certain unless you get some way under - then you have pretty good control and you can stop her on a sixpence with enough engine revs - she onl;y weight four tonnes after all.

However, reversing around marinas at high speed in reverse and doing what look like emergency stops is frowned upon. So steady and forwards is the name of the game. if you do clonk anything she only weighs four tonnes so aim for the pontoon and not the Beneteau. The pontoon will survive unscathed the Centaur will have just one more ding of many. Any boat 40 years old will have been owned by idiots or got too close to idiots who own other boats.

Centaurs  deliver all this and bugger me they don't fall over when the tide goes out.

I am from East Anglia - flat scenery and 20 feet of tide. They do not need boatyard cradles either which can be a great saving.  You can ground her so easily that antifoul paint is no needed.

I shall miss  sailing a Centaur. Fekkin brilliant little yachts.