One of the boats from the Swin, Swale and Swatchway book is a Huffler

H often mentions blokes who used to sail around in small dinghies called Hufflers. They were strong blokes who would help the barges to get through locks and to raise and lower masts and do some extra quanting.

which is a similar system to that used on the barges 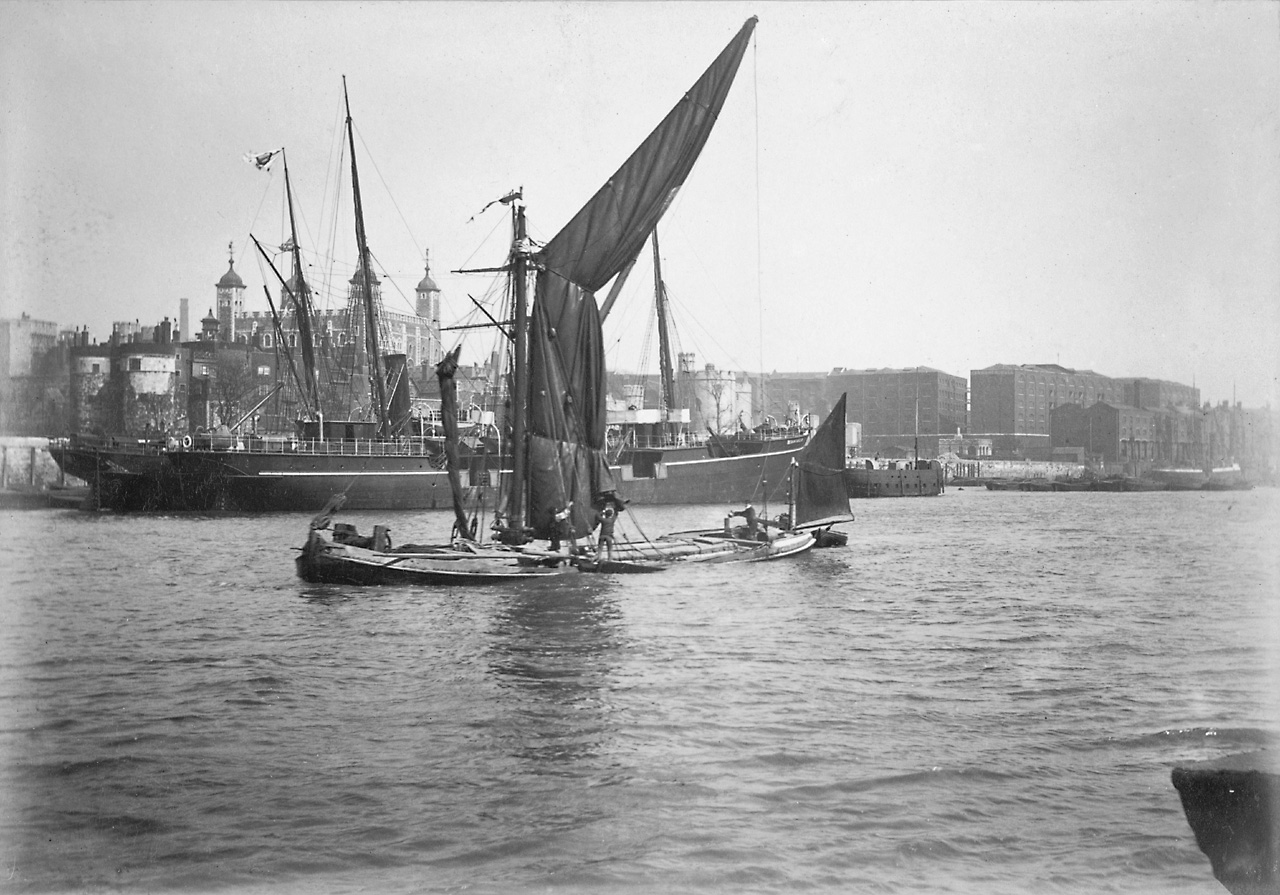 Dylan, the BBC interviewed a Huffler back in April.

There is a pub in Dartford called the Hufflers Arms.

"in the dark days of the Big Depression of the last Century (1920's one) my Grand Oracle made some extra cash 'Uffling'. To do this you had a long pole, 15 feet was good with a 3 inch diameter, at one end you fit a barrel top, the other a padded cup, like a crutch. The taking this pole you walk out to the head of the nearest Creek, Milton in this case, and wait. The next barge to come along you offer your services to the Skipper to 'Uffle' his boat to the warf of choice at an agreed price. You generaly do this in pairs unless the Skipper is in a hurry then there might be three of you. If the Skipper was a tight wad, most were, you got one of the crew as the second man. To do this job you plant the foot, the barrel top, into the creek bed, place the cup under your armpit and just walk the boat to the moorings. No problem just a short 3 mile walk pushing 80+ tons of barge against the tide".

Theses type of Hufflers were needed as there wasn't establish towpaths for horses on many rivers and they had to climb over fences.

"Barges were also used along the Medway. In some places there was no tow path, so three men known as hufflers, had to pull the barges along. This was a laborous job, sometimes for example, fences went right down to the river edge and the hufflers had to clamber over them to continue along their route. Pulling a barge from Maidstone to Yalding, a distance of around 8 miles, would take an entire day. A huffler was usually paid one pound a day! If the barge had to continue onto Tonbridge, another team took over and another day was required to complete the route.
Hufflers were used up to the 1880's although towpaths for horses were introduced in the 1830's. These changes to the way barges were pulled came too late for most to benefit however, as shortly after tow paths were established, steam powered barges were used and neither men nor horses were required"

Seems its huffle if your posh. 'Uffle/ Ufflin' is how the workman said it. Moving the barges, some picked the barges up for bridge work from the small boats or Hufflers. Others poling or pulling them to the wharfs upstream. The barges were lightly crewed - just a man and a boy or two men. So a third hand was sometimes needed temporarily. It seems 'Ufflin' was that work.

There are no comments yet.